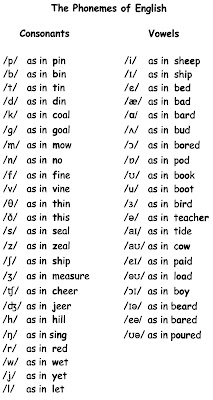 Why do language learners have difficulty pronouncing specific sounds in the language they are learning? The answer lies, not surprisingly, in the contrast between their own language and the new language. We are born with the ability to recognise and to learn to pronounce every sound, but as we come to realise that some are meaningful and others aren’t, we filter out the non-meaningful sounds to the point where we may not even be able to “hear” them any more, let alone know how to form them.


This means that in teaching the pronunciation of individual sounds we have to deal first not with production but perception. Learners have to learn to recognise the new sounds – and, even more difficult, to notice the difference between sounds that they previously considered “the same” –and then learn how to pronounce them. In the follow-up to this article we’ll look at strategies to achieve both these aims

1. For a good explanation of phonemes and allophones, see Wikipedia
2. The best source on the web for finding out which English sounds are liable to cause problems for learners from specific language groups is probably Ted Power's site English Language Learning and Teaching