Teaching Listening : Top Down or Bottom Up? 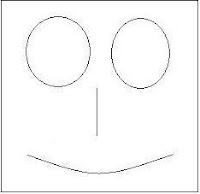 In a previous article, I made a distinction between teaching listening and practising listening. Practising listening is just a matter of giving students constant and frequent exposure to the language, and presumes that this will gradually increase their familiarity with its sounds, rhythm, intonation etc, allowing easier decoding. An approach aimed at teaching listening, on the other hand, starts from the premise that the students’ comprehension is blocked by specific features of the language or listening process, and that in our lessons we can focus on those features one at a time and improve the students’ ability to deal with them. We looked in detail at what some of those features might be in the article Why Don’t They Understand? If we are teaching, rather than just practising listening, the focus on these features will form the objectives of our listening lesson.

In recent years there have been two major approaches to explaining the listening process – rather unfortunately called the top-down and bottom-up approaches. The bottom-up approach sees comprehension as a matter of listeners first decoding (or understanding) the smallest elements of what they hear – the sounds. /p/ is recognised as being /p/ and not /b/, /i:/ as being /i:/ and not /i/ or /e/ and so on. These sounds are then combined and the individual words are decoded – the listener recognises that s/he has heard /pi:t/ and not /pit/ /bit/ /bi:t/ /bi:d/ or some other word. The words are then combined into sentences and the listener works out the meaning of /pi:t/ : as in I saw Pete yesterday or I bought some peat for the garden. To this will be added recognition of features such as intonation and so on, until we finally reach the non-linguistic context.

The top-down approach starts from the opposite end : it sees understanding as starting from the listener’s background knowledge of the non-linguistic context and of working down towards the individual sounds. Listeners will actively interpret what they hear in terms of their understanding of the situation and the world in general. For example, imagine I tell you :

McKenzy brought me another present today. It was too late to save it so I buried it in the garden. I think I’m going to have to put a bell round his neck.

You will certainly understand all the words in this passage, but do you understand the meaning? Think back to what happened as you read. The first sentence probably went quite smoothly. But there was more than just decoding of words going on. Without your even being aware of it, subconscious expectations were forming in your mind based on your knowledge of the world – McKenzy is probably a friend, probably a man as only the surname is used, the present will be something nice etc. The existence of these presuppositions is shown by the fact that you probably did a double-take when you got to the second sentence – buried it? Eh?? And at that point you will have started to search quite consciously for the meaning.

Maybe by the end you’d worked it out. If so, then notice that it was your knowledge of the world which helped you understand – not what’s in the text. Or maybe you’re still in the dark. I can help you by giving you some contextual or situational knowledge : McKenzy is the name of my cat. Combine that with your knowledge of the world (the habit cats have of bringing their owners “presents” of half dead birds and mice which they’ve caught, and the fact that the noise of a bell will prevent the cat from creeping up on them unheard) and you have the meaning of the passage.

However much help you did or didn’t need, you can see that in understanding the passage a lot more was going on than just passively decoding the sounds (or in this case letters, as you were reading it - but the principle is the same) then the words, then the sentences. Your mind was working actively to interpret the passage, and using a large amount of non-textual information to do so. And how easy it was will depend on how close to the forefront of your mind that information was. If, as you read the passage, your cat was sitting on your lap, you probably tuned in immediately. If you have never owned a cat, it may have taken longer.

In recent years it has been the chief approach to listening comprehension in the EFL classroom, and has led to teachers telling students things such as You don’t need to understand every word, What would you expect him to say? or Try and identify the main ideas and guess the rest.

I’m not trying to suggest that this is not a valid approach. It is. The switch to a top-down approach was a necessary change from the exaggerated bottom-up approach which in some cases remained current in foreign language teaching as late as the 1960s. In this approach, the learner’s listening ability was seen as being evidenced by his or her ability to take down a dictated paragraph in exactly the same form as it was read out, or to answer detailed comprehension questions on a written passage read by the teacher. With no exposure to the natural features of spoken language, and with no training in the type of listening strategies emphasised in the top-down approach, it was little wonder that even supposedly advanced level students returned from their first trip to Britain, the States etc saying I didn’t understand a word anyone said!

Since the mid-20th century, things have changed. The advent of the tape recorder meant that recorded dialogues could be used in the classroom for the first time. Research into the spoken language and the invention of video as well as audio tape led to the use of authentic and semi-authentic materials which incorporated the type of features of the spoken language which I focused on in Why Don’t They Understand? And finally, research into the listening process itself led to our recognition of the importance of top-down processing.

But have we gone too far? Students still come back from their trips saying I didn’t understand a word and still frequently hate doing listening comprehension in the classroom. However often the teacher says If you’ve been able to answer the questions then you’ve understood the text, they don’t really believe it. They know there were chunks that they were unable to decode, and feel insecure – in the worst case scenario losing confidence in the teacher or the course.

Why is this happening? I would suggest that for a while we went too far over to the other extreme, and have often forgotten that, even if they start from the top, students still need to get to the bottom. Listening lessons have tended to stop half-way. We help students apply knowledge of the world and contextual knowledge to the text. We encourage them to focus on what they do understand rather than what they don’t by teaching them to focus on key words and infer connections. All this is valid and necessary. But what about the rest? I would argue that if we are going to help students improve their comprehension, we do need to focus on what they don’t understand. For example, if the item that blocked comprehension was a weak form we need to help them analyse the pronunciation features so that they will be more ready for it the next time. For while it is true that native speakers don’t “hear” every word either, there’s a difference. If, as a native speaker I hear a sequence of sounds something like umgernaseeyimlader or eelerbinsurprised, I have no trouble decoding those sentences as I’m going to see him later and He’ll have been surprised, even though I can’t be said, for example, to have heard the words to, will or have – they simply weren’t there. But as a native speaker I have a non-conscious knowledge of both the phonological features and the grammar of the language. The first, for example, means that I expect him to be pronounced /ɪm/, and know that if /ɪm/ is preceeded by a vowel, the linking consonant /j/ will be inserted. So when I hear what is apparently “yim”, I have no problem decoding it as him. Decoding “er” (the schwa sound) as have is also a matter of knowing that have is often pronounced like this in a unstressed position, but it is also helped by my knowledge of grammar : I know that if I’ve decoded will and been, then have must be in the middle, whether I hear it or not.

Non-consciously then, my native-speaker brain is working actively to interpret the sounds and to give them a meaning. It’s a bit like the picture above. What do you see? A face? Rubbish – it’s just two circles, a straight line and a curved line. Totally unconnected. But your brain puts them together and tries to make sense of them. Because it’s seen a lot of faces and knows that they have to have those elements, that’s what it sees. It’s the same with listening - the words don't have to "be there" for the competent listener to "hear" them.

The problem for our learners of course is that they don’t have native speaker competence and therefore their brains can’t “fill in the gaps” like this. Which is why, using the top-down approach, we need to help them develop other listening strategies to the full, to help them to compensate. However, by also taking a bottom-up approach, I think we can help them improve their ability to decode sounds , words and phrases

I’ll exemplify this in the next article in this series, Planning the Listening Lesson,  by looking at a possible structure for a listening lesson which incorporates both approaches. It starts with a top-down approach, but then moves on to activities aimed at improving students ability to decode sounds, words and phrases “bottom-up”.

(Remember that Amazon will often have used copies of the books you want which are much cheaper than the advertised price.)