There is and There are

There is/are is one of those grammatical areas which at first sight looks simple – after all, it’s one of the first structures that we teach to beginner level students. But is it as straightforward as it seems? Look at the following sentences. Are they correct or incorrect? And how would you explain them to students? 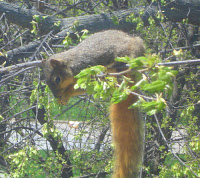 Confused? You can probably recognise some of the mistakes made by your students in these examples. Yet there is often another sentence which seems structurally parallel which is correct. What text books often forget to point out, is that there are actually two separate constructions which begin there is/are, each of which has it's own grammar and intonation. These constructions are :

In English it is unusual to use an indefinite expression as the subject of a sentence. Sentences like A squirrel is in the tree or A bus is coming are possible grammaticallly, but are generally avoided. Instead, the "empty" introductory subject There is inserted : There's a squirrel in the tree. There's someone coming. There must be some mistake. There can't have been enough time.
As these examples show There can be used like this with any verb pattern which would otherwise have an indefinite subject and which contains the verb Be. It can even be used in infinitive and -ing clauses : I don't want there to be any mistakes. He was surprised at there being so many possibilities.
Back to our much simpler examples. The indefinite subject requirement explains why There’s the squirrel in the tree, There’s John in the garden, and There are your keys on the table, sound strange – at least, if they’re said with the same intonation as There’s a squirrel in the garden. The, John and your are definite expressions – they tell us which particular object or person we are talking about. So it doesn’t work. Definite expressions can act as subject with no problems and I would need to say John is in the garden, Your keys are on the table etc.

In this use, as we said before there is an "empty subject. It has no real meaning, and is always unstressed in the sentence. It certainly tells us nothing about the position of the objects. This is why the clause often finishes with an adverbial of place (unless this is already known from the context) : There’s a squirrel in the tree There are some messages on your desk. If we want to indicate that the place is “over there”, we need to say so again : I went to the zoo and there were some people there feeding the monkeys …
Notice that with this use the verb generally agrees with the first part of the complement. So :
There’s a letter and two messages for you is correct, as is There are two messages and a letter for you. But There are a letter and two messages … is incorrect.

What about There’s two messages for you ? Grammatically of course this is illogical. But the use of the singular is preceding a plural complement is common in informal spoken English. It’s not restricted to There is … constructions. Compare for example the greeting How’s things?
And what about There is/are a load of messages for you? or There is /are a lot of messages for you Here the following complement is clearly singular - a lot / a load – and so the singular verb is would seem to be correct. But notionally these expressions indicate a plural quantity – we know there is more than one message. With a lot of the notional meaning has almost taken over from the literal meaning and the phrase has become lexicalised as an alternative expression to many. There are a lot of messages for you is thus standard English.

But what about Look! There’s John! or Look! There’s the squirrel. ?
In these examples, the speaker is pointing out someone or something. There is no longer an empty subject but an adverbial of place - it signifies an exact position. If that position was different I might have to use here rather than there : Here's John!
This means that There, far from acting as subject is actually the complement of the sentence - what I'm really saying is John is (over) there. "Fronting" the adverbial gives the sentence a more dramatic feeling - the adverbial is given prominence (it is always stressed) and, if the subject is a noun, the subject and verb are inverted : There's John = CVS. Notice that this doesn't happen when the subject is a pronoun : There he is! = CSV
This can also happen with other adverbials (we've already mentioned here) and with other verbs : There goes John! Up went the sails!
As this is a demonstrative use, in this case it might well be a specific person or thing which I'm talking about. So a definite expression - a name, the definite article and so on -is possible : There’s the man who I was telling you about.
What happens if I want to tag on a more precise description of where the person/thing is? There's nothing to stop me, but the important thing to note is that it is "tagged on". It's no longer part of the same idea : There’s John! In the tree! There are your keys! On the table! In spoken English the intonation makes this difference clear. Compare the one tone group of : // There’s a SQUIrrel in the 'tree // and the two tone groups of : // ' There’s the SQUIrrel // in the TREE //

These rules are fairly complex, and we won't necessarily want to rush straight into the classroom to present them. But contrasting them with the rules for equivalent expressions in other languages can help us both to understand students' mistakes and to decide if and when it might be helpful for them to know at least part of the rules. Knowing that introductory there is restricted to indefinite reference, for example, can help Italian students, whose own language often uses the equivalent structure (c'è/ci sono) with definite expressions.
It can also help to separate out the two uses of there. The demonstrative use is rarely taught explicitly in textbooks, but can be explained as it comes up in dialogues and then practised using flashcards. Distribute flashcards of various objects around the room, placing some in front of the students. Start asking : Where are my (glasses)? The students pick up or point to the correct flashcard and reply here/There are your glasses. Once they have the idea the activity can continue as pairwork.

Photo provided under Creative Commons Licence by MissBeckles via flickr

For some great teaching ideas...