In the last article in this series, we looked at things you need to keep in mind when answering Tasks 1 and 2 on Paper One of the Delta Module One exam. Here, we're moving on to Task 3. Have a look at the Cambridge Handbook for Tutors and Candidates for more information on this task 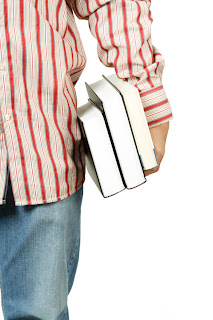 If Tasks 1 and 2 of Paper One test your understanding of the concepts involved in EFL, then task 3 moves on to look at how you might apply that knowledge in your lesson planning. It asks you to analyse a given speaking or writing activity in terms of the key subskills and language features it would involve - ie the language items and discourse organisation skills that the learners would need to be able to control in order to carry out the activity successfully. You need both to identify the subskill/item and give an example or illustration, and it is important that the example should be appropriate to the level of competence  which the activity is intended for, and also specific to that activity. In other words, you are being asked to evaluate an activity in terms of whether it would be "doable" by a given group of learners - what language items etc they would need to have covered before attempting the task.

You are asked to identify three of these features, and and two examples are given in the rubric - obviously you can't choose the same ones. There are 12 marks available - so in terms of out "one mark per minute" aim (see the first article in this series), you shouldn't spend more than 12 -14 minutes on this task.  There are two marks available for each feature you identify, plus a further two for the example.

To look at the "traps" that candidates fall into, let's look at a sample question. Based on the information above, how many marks would you award for the following answer? Imagine that the task is to roleplay a meeting where the participants are organising a conference.  Each rolecard gives information on one or more of the things which need to be done (book the conference centre, send out the publicity etc) and gives various pieces of information about alternatives and individual preferences. There is also a designated meeting leader who has an overview of all the things to be decided. In the meeting, they have to decide who is going to do what. They are at lower intermediate (CEFR B1) level.

How many marks would you give to the following points?

2) Using modal and semi-modal verbs to express necessity and obligation, and to make recommendations : Eg We must book the conference centre, and we should send out the information next week

3) Making/Accepting/Refusing polite requests : Eg Joanna, I wonder if you'd mind dealing with the catering? / Well actually, I think David would be the best person for that.

5) The participants would need to be able to offer and/or confirm willingness to take on specific tasks, by saying what they'll do.

6) Relative clauses : For the publicity, why don't we contact the people who we used last time?

7) Allocating speaking turns by eg nominating and asking open questions : Anne, why do you prefer the Four Trees Hotel?

8) Self selecting for a speaking turn : Can I say something about the catering?

9) Summarising decisions : OK, so Joanna is going to book the conference centre and David is going to deal with the catering .

I'm not a Cambridge examiner, but my comments on the individual points would be :

1) OK. The candidate has identified a speaking subskill and has clearly illustrated it. The layout, with the use of the colon and "Eg" makes it clear which is the subskill and which the illustration. I'd give this the full 4 marks.

2) OK. The function is relevant, the language items needed to express that function are stated, and the examples are specific to the context. Again, the layout is clear and the underlining indicates clearly which language items are illustrative of the structures/function indicated. I'd again give this point the full 3 marks. However, notice that the candidate has wasted time by giving two examples. The second is not necessary.

3) The function is valid (2 marks), but the exponents chosen to illustrate it (I wonder if you'd mind.../Well, actually ) would be beyond the capability of the average learner at this level, so no marks. Joanna, can you deal with the catering? would have been a more appropriate illustration.

4) The function is valid (2 marks), but the examples are incomplete - they are just sentence stems rather than full examples relevant to the specific task, and therefore gain no marks. The candidate could have used the example which was used in (6) here.

5) This is very wordy. The first eight words just eat up time without gaining marks, and if you wrote this phrase for each point you'd be writing at least forty redundant words. I don't know how fast you write but at my writing speed that's 75 seconds down the drain. In addition, no concrete example is given here at all, so again just 2 marks for the functional area. Much better to replace this with Offering and/or confirming willingness to take on specific tasks : Eg - OK, I'll phone the printers this afternoon.

6) Relative clauses is not a "key" item for this task - it's possible to imagine learners completing it successfully without using relative clauses at all. It's simply a generic feature of language which could crop up in almost any stretch of discourse. No marks for this here. In order for relative clauses, to be "key" the task would have to be one where learners really needed to use it continually to fulfill the task. A task necessitating circumlocution strategies would be an example - eg an activity where learners were given of pictures of things they didn't know the names of, and had to buy them in a shop. This would give rise to eg I'm looking for the things which you wear on your eyes when you go swimming. Here, I would argue that the ability to use relative clauses really was "key". But in the task we're discussing, it's incidental.

7/8) Either of these would be OK, but not both. They are really part and parcel of the same generic area - turntaking.  Don't split areas which are actually the same - for example in (3) making, accepting and refusing are all part of the area Polite Requests, not three individual points. No more than 3 points.

9) Again, valid - but unacceptable here because the point has already been used in (1). Don't repeat yourself - and this is true throughout the exam. You'll only get the marks for a point once, and in this task that's true of both the features and the examples. You could have (1) or (9) but not both.

And whoops - there are nine points here, and you were only asked for three. You won't be penalised for the extra ones, but you're certainly going to over-run the time allowance. So you won't pick up any extra marks, but you will waste time that could have been bringing you marks in the next question.

Other criticisms? The points are a bit top-heavy on functions - not necessarily a problem but it could lead you into putting down points which are too "close". Aim for a range of different types of subskill and discourse feature. This list starts well - a discourse feature is followed by a structural/functional area - but it would be nice to have seen a lexical area in there too. Cardinal and ordinal numbers comes to mind  : We need a plenary room for five hundred people/ The conference is from the third to the fifth of September / We need to print about 5,000 leaflets would all be possible examples.  Looking for a range of discourse, structural/functional and lexical features will add variety to your list and help avoid the danger of overlap.

This is a task where thinking time pays dividends. Look at the activity from the point of view of discourse,  structural/functional and lexical areas, choose the three that seem to you the strongest, and put those down - naming the feature and giving a clear example specific to the task without wasting time on discussion, or introductory/concluding phrases.


Sue Swift was involved with Cambridge English Diploma schemes  for nearly 50 years, both as a tutor and assessor.

Missed some of the other articles in this series? You'll find links to all of them here - just scroll down the page. But if you're preparing for the Delta Module One, don't forget that you'll find a lot more information about all the tasks in the exam, with sample questions and answers, plus advice for tackling the questions in the Handbook for Tutors and Candidates.
And don't forget either that extracts from our Module One course are posted every Tuesday on our companion blog The Delta Course. Check it out weekly. You'll find input and activities to help you with all the activities in the exam.