You don't need to understand everything.... or do you? 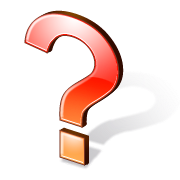 One of the questions in a Needs Analysis questionnaire that I use with general purpose intermediate learners asks them What do and don't you enjoy doing in the classroom? In reply to this question, one learner replied I don't like reading long texts, and when we discussed this in the group, nearly all the members of the class were in agreement.

Yet current coursebooks are full of long texts. Pull any coursebook off your shelf and flick through it. Nine out of ten of them will contain at least one long reading text per unit, and listening texts of a similar length.

Back in the seventies, at the beginning of the methodological change from Audiolingualism to the Communicative Approach, one of the things teachers most often said to learners in then classroom when introducing a listening or speaking text was Don't worry about the bits you don't understand. concentrate on what you do understand, you don't have to understand everything.

Thee was a very good reason for this. The new approach was a reaction to the old Audiolingual principle that receptive and productive competence should proceed in tandem - learners should not be exposed to language above their productive level in order to avoid confusion and therefore error.  However, the Communicative Approach argued that

a) receptive competence could be developed to a higher level than productive, and learners did not need to be "protected" from language they didn't understand.

b) learners needed to be able to cope with texts above their level of competence, as it was these that they would often meet outside the classroom. They therefore needed to be taught coping strategies to deal with them. These coping strategies included subskills like inferring the meaning of unknown words from co-text - but also recognising that not all words were crucial for an overall understanding of the text. Hence the insistence It's not necessary to understand everything and also the introduction of authentic texts into teaching materials.

This use of materials above the general level of the learners, and the shift apparent in coursebooks to a text-based approach to teaching,  was given further impetus by various other movements that have occurred in EFL over the past forty years :

a) Acquisitional approaches, which suggested that language would gradually be subconsciously acquired by simple exposure - particularly Krashen's Input Hypothesis. If learners were in an English speaking environment, this would automatically happen outside the classroom. However elsewhere, listening or reading texts  used in the classroom would often be the learners' main source of exposure to the language..

b) The Lexical Approach, which emphasised the enormous number of lexical items, collocations etc in English that the learner needed to be able to deal with. Long texts are the best way to bring these into the classroom and increase learners’ exposure to them.   Powell (1996),  describing the Business English  textbook Business Matters explains:

“The articles and many of the exercises in Business Matters have been specially written to contain a large part of the target language of the course. They are not simplified but lexically enhanced with a disproportionately high number of word partnerships and/or fixed expressions (and little of the redundant or colloquial language found in many authentic texts). And this makes them eminently exploitable in the classroom as the main source of input as well as fuel for discussion. Your learners would have to read an enormous number of newspaper and magazine articles to be sure of covering anything like the same range of content language.”

c) Genre based approaches, which suggested that if learners were to be able to produce specific genres (whether written or spoken) they needed first to see and analyse the features of models of those genre. Simplified texts, written to reflect the learners' level, would inevitably distort the discourse, giving a false picture of the genre features of the text type in question  - which again led to the use of authentic materials and a text-based approach.

The text-based approach is now the dominant approach to EFL teaching and has been apparent in all coursebooks published in the later years of the Communicative Approach.  Just as an example, Moor et al (2014) Cutting Edge Intermediate, (Pearson 3rd edition) has fourteen units. Unit Two has ten pages with a longish reading or listening text on seven out of the ten - and one page has both reading and listening.

The standard approach for dealing with these texts is the pre-. while and post reading framework :


Many teachers take it for granted that this is how texts should be used, but the approach has a number of disadvantages:


Clandfield (see here) has suggested that there are three uses for texts :
This suggests that our Cutting Edge example has used the first text for TAVI and TASP, but has ignored TALO. Or has it? Both the main text and the five short texts contain language that will later be focused in the unit. It could therefore be seen as acting as a preview.  However, at this point in the course the learners don’t fully understand that language (if they did it wouldn’t need to be taught later) and it therefore might be confusing or distracting. Additionally, there will inevitably be other language points in the text that the learners aren’t sure of but never get a chance to focus on. This I would suggest is why our learner at the beginning of the article "hates reading long texts". Too much language that she only half understands is being thrown at her all at the same time, and she has no chance to sort it out. She wants what Thornbury has termed "zero uncertainty" - in other words a full understanding of everything in the text. If you've never read Thornbury's  article, click on the link and do it now. It's short - but i think one of the most important criticisms of current methodology that has been published in recent years.

So - what would be an alternative approach?

Firstly, we would need to use shorter and fewer texts that can be dealt with thoroughly and that the learners can cope with better – ie which will have less unknown language to distract them, or which are short enough that all the unknown language can be fully explained.

Secondly, we can use a framework that allows for TAVI and TASP but emphasises TALO.  The framework we saw before can easily be adapted for this :
Unfortunately, the texts in current coursebooks are, as we've seen, of a length that would make all of this impossible - hence the need for shorter texts. we could of course ignore coursebooks all together and choose short texts based on our learners' interests - or even better, let the learners choose them . If you do this I suggest giving the learners a length limit (number of words for reading texts, number of minutes for listening) and getting them to email you their suggestions. You can then check they really are suitable, develop activities around them and generally prepare yourself to use them in the classroom.
That, however, is not possible in many teaching situations where a coursebook is "imposed" and the teachers must use it.

But until publishers come round to the idea, how can you adapt your coursebook based lessons to incorporate a more thorough focus? Some ideas :