If you've not yet read Part One of this article, click on the link

To summarise where we’ve got to so far :

Firstly, the words which can't be inferred but are important. In this case you may decide to pre-teach them. One way of doing this is to include each word in a sentence where it is inferable, and to ask the students to work out the meaning. To take the problem word from extract c in the last post: He had to spend several weeks in quarantine because the disease was XXXXX (Obviously, for learners the actual word would be included.)
I doubt if you had much difficulty this time deciding the word was catching or infectious or contagious. But I also doubt that any of you thought of this meaning when you first read extract c. This time the clues were in the sentence, in the original they weren’t.
By using this technique, you’re actually killing two birds with one stone : firstly, you’re ensuring that the students will understand the words when they meet them in the text, and secondly you’re developing the skill of inferring from context. So that when students meet the other words in the text which are inferable, they’ll be better equipped to deal with them. If they have difficulty with your sentences it’s a good sign that the skill is not yet developed and they need help – which you can give by asking pointer questions such as Why do people have to stay in quarantine? What type of disease requires quarantine?
Notice here another point about inferring – to be able to do so, you need to understand the words which contain the clues. Here, for instance quarantine. If the text has a high proportion of unknown words, learners will have great difficulty inferring anything – they just don’t have enough clues to go on.

But even when a word is inferable, it is often only general rather than precise meaning which is accessible and students sometimes balk at the idea of not having 100% comprehension. Having only a vague idea of the meaning of words is something we take for granted in our own language, but which is often difficult for learners to accept. One way of showing them this is pointing out that even when they look it up in a bilingual dictionary, they often have no more idea of the meaning than when they inferred the meaning from the contextual clues. Let’s go back to our bonxie example. This time, I’ll give you a bit more information.

There were a lot of bonxies around this year. A pair attacked us as we were walking down to the beach ….
OK – so what can attack you? Must be something animate –animals? A pair of thuggish teenagers??
We must have got too near their nests ..
Aha - nests! Must be animals, probably birds.
They just dived out of the sky at us … They were huge, with great big beaks, and really frightening.
Yes, definitely birds. Large birds.
They spend most of the year at sea, but come to the island in summer to breed.
Oh – some sort of large seabird.
You’ve now got to the general meaning of the word bonxie – it’s the name of a large seabird. But, unless bird-watching is your hobby, you probably still don’t know exactly what type of bird. In fact bonxie is not standard English but a dialect word from the Shetland Isles. So let’s imagine that you have a bi-lingual Shetland Dialect-Standard English dictionary and you look it up. What do you find? Skua. (If you’re a non-native speaker teacher you might like to look it up in your own dictionary at this point.) 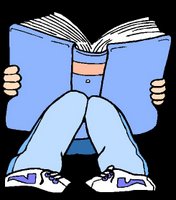 Now, presuming that you’re not an avid bird-watcher, how much more do you really understand than you did before, now that you know the word in your own language? Probably nothing at all. And if you came across the word skua while you were reading, as long as you understood that it was a large, aggressive, seabird, you would be unlikely to drop the article and rush to the library for a book on birds. You might decide to check later, but general comprehension would be adequate for reading the article.
Our knowledge of the language is full of words like this. Here are some of mine: I know that an apse is an architectural feature of a church, but I’m not sure what; I know that a spinney is a group of trees and so is a copse, but I’m not sure what the difference is; I think that a halberd is some sort of medieval weapon (though it might be a piece of clothing???), but I’m not sure what it looks like; and as I was writing the words infectious and contagious for the first part of this article, I realised that I wasn’t sure if they were really synonyms or not. I suspect there may be a difference (transmission via air or by contact ???). But I’m not sure, and unless I find myself teaching a group of doctors or nurses, probably won’t bother to check.
Many students reject this type of general comprehension when reading in English and don’t believe they’ve understood a word unless they’ve seen the exact translation. Give them words like skua in context and ask them to infer the general meaning. For example :
a. There are a lot of skuas nesting near the beach this year.
b. My last horse was grey, but this one is roan.
c. There was a lot of sedge growing on the bank of the river.
d. The church is famous for its apse.

Then let them check in their bilingual dictionaries and realise that they probably wouldn’t have known any more than they could infer even if they’d had the translation from the beginning. Once they recognise that they don’t have 100% comprehension even in their own language, they’re liable to feel happier about living with the uncertainty which is an inevitable part of using a foreign language.