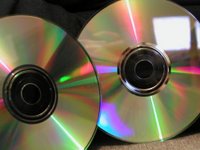 Last week I suggested using music to create a welcoming atmosphere for students as they arrive in the classroom. However, music is also very useful as a background to pairwork and groupwork activities.

When students are speaking to each other against a background of silence, they often mumble self-consciously until the activity finally grinds to a painful and rather embarrassed halt. Speaking against a background of music encourages them to speak more loudly and confidently, and this alone can often create the impetus and involvement which makes the activity successful.

Background music also means that the students are less aware of the students in the other groups. This has two positive effects :
This use of background music can be particularly helpful with small groups and groups who don’t yet know each other well. Once groups have acquired the habit of speaking out confidently, the music is often inaudible and becomes redundant. However, it can still be used with quieter, written activities done in pairs. Here, and also if music is used while the students are working individually, it needs to be kept quiet so as not to disturb concentration.

In general, the music chosen should be as unobtrusive as possible – instrumental music is often preferable. If songs are used, they should not be songs which the students are likely to want to listen to or get distracted by.
Useful Links
If you teach children, check out SongStreet, a blog written by a teacher in Japan which focuses specifically on using songs and music in the classroom.
Acknowledgement
Photo provided under Creative Commons Licence by Sera78, via flickr.