Using the L1 in the EFL Classroom 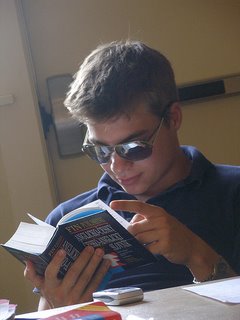 Should you or shouldn’t you use the students’ first language (L1) in the classroom? This is one of the questions which most divides EFL/ESL teachers – whether they are for it or against it, there are few who don’t have a strong opinion about it.

The main argument against the use of the L1 in language teaching is that students will become dependent on it, and not even try to understand meaning from context and explanation, or express what they want to say within their limited command of the target language (L2) – both of which are important skills which they will need to use when communicating in the real situation.

But there are other, historical reasons why the use of the students’ mother tongue went out of favour. Initially it was part of a reaction against the Grammar-Translation method, which had dominated late 19th and early 20th century teaching, and which saw language learning as a means towards intellectual development rather than as being for utilitarian, communicative purposes. The Direct Method of the early 20th century reacted against this – it aimed at oral/aural competence and believed languages were best learnt in a way that emulated the “natural” language learning of the child – ie with no analysis or translation. The move away from L1 use was later reinforced by Audiolingualism (1940s-1960s) which saw language as a matter of habit formation. The L1 was seen as a collection of already established linguistic habits which would “interfere” with the establishment of the new set of linguistic habits that constituted the target language, and was thus to be avoided at all costs.

This theoretical opposition to the use of the L1 was compounded by the development of the TEFL “industry” – there are now many situations in which the teacher simply doesn’t speak or even understand the students’ language – for instance, teachers who move from country to country every year or so, or who are teaching multi-lingual classes in their (the teachers’) own country.

In the last thirty years or so, there have continued to be some methodologies which avoid the use of the L1 – Total Physical Response is one. But others, like Suggestopaedia and Counselling Language Learning, (1) have included it as an integral part of the methodology. Mainstream methodology, on the other hand, has had an ambivalent approach, coming down neither on one side nor the other but maintaining an “it depends” attitude.

Depends on what? The risk of creating L1 dependence is obviously valid, but there are also strong arguments for using the L1 if the teacher is able to do so:
Sometimes then, the use of the L1 can be more productive than counter-productive. Whilst the aim should be to wean students off the L1 as soon as possible (I’ve talked previously about how this might be done when giving instructions (4)), it may still be extremely useful at certain stages.

Notice that not all the uses of the L1 listed above may involve the teacher in actually speaking the language. Some, like reformulation, only need her to understand. This can provide a sort of “middle way”. The students are re-assured by the fact that they can ask questions etc in their own language, but they are still stimulated to try and understand the teacher who is speaking only English. It can also be a useful approach for those teachers who have recently moved to a country and are starting to learn the language, but don’t yet feel fully confident in using it (which should make them appreciate how their students feel!)

What about the teacher with multi-lingual students who speaks some but not all the languages of her students? Should she ever use, or allow those students to use, the L1?

Again, there are strong arguments against it, the main one being that it could cause resentment amongst the others, who might see the teacher as giving extra help to her “favourites”. Two situations spring to mind where it could be useful, however. Firstly, if one of the students was particularly weak and tended to hold the class up. In this situation, while the rest of the class were working on a task, the teacher might check with that student that he had really understood the grammar, what he had to do, or whatever. The second possibility would be to explain activities which needed instructions above the current receptive competence of the students. In this case the teacher might explain the activity in the L1 of the students whose language she spoke, and then get those students to demonstrate the activity to the others. Used in this way, the students should appreciate that the teacher’s “special attention” was actually for the benefit of the whole class, and would be less likely to react negatively against it.
Notes


1.You can hear Sue discussing TPR, CLL and Suggestopaedia in a podcast on eslteachertalk


3. For another interesting article which discusses TTT in general and reformulation in particular, see this article by Vincent Ferrer


Photo provided under Creative Commons Licence by brookesb via flickr