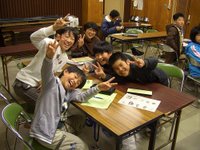 Using the card game Snap! with younger learners of EFL/ESL is certainly not an original idea – if you search the web you’ll find lots of different versions. It’s a game which can get a bit chaotic though, with arguments breaking out over who said Snap! first. In this version I’ve tried to take the chaos out by saying that only the person who lays down the matching card has the right to call Snap!

The game aims to consolidate a small amount of already known vocabulary. Choose ten pictures (1) showing objects or actions which students have met before but which you wish to consolidate. For example, if you have presented a specific lexical field (animals, toys, food etc) the lesson before, choose pictures of those things. Or if you think pupils are forgetting lexis taught earlier in the course, choose a random set of those things. The pictures should fit on a card about 5 x 6 cms.

For each group of six students, make six photocopies of each picture, cut them out and stick them on stiff card. Laminate them if possible.

1. Lots of sites offer downloadable flashcards, but those available on MES-English are excellent for Snap!