Teaching "Used To" to ESL Students 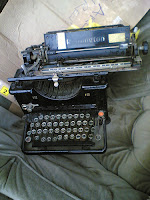 Continuing with our review of the eight all-time most popular posts on the Notebook, this week we reach the post in fourth place - a guest post by Keith Taylor on teaching used to to express past habitual actions.


Yesterday we looked at why students often make errors when using expressions containing the words used to. In today's article, Keith Taylor suggests some simple activities you can use to present and practise the structure used to do.

Here's a way to introduce the structure "used to" to your ESL students.

2 Ask students about Jane's life after winning the lottery. Depending on the imagination of your students, you might have to prompt them a little ("Where does she live?"; "Does she have a job?"; "Is she happy?"; "Where does she go on holiday?" etc.) Then ask students to describe how Jane's life was different before winning the lottery ("Where did she live?"; "Was she happy?"; "What was her job?") After you have built up some facts about Jane's life before and after her lottery win, put your picture to one side and tell them to remember Jane because you will be returning to her later in the class.

3 Next, as a group, brainstorm important inventions in history. Take one suggestion (it doesn't matter which one, as this is just an example to model the exercise which will follow). Elicit what life was like before this invention, and how life changed with the invention. For example: "The internet. Before the internet, most people wrote letters, but now most people send emails."

4 Now put students into pairs and have them think of three more important inventions, what life was like before the invention and how life has changed with it. When they have done this, have each pair share one of their ideas with the class, but this time introduce "used to" by rephrasing their ideas as they give feedback. For example:

5 After the first round of feedback, students will be starting to catch on, so now do a second round, asking students to use the new structure with their second invention. They will probably still need some prompting, but by the third round of feedback, using their third invention, they should be producing "used to" without too much help.

6 Use one or two of the students' ideas to highlight the written form of the structure on the board. Don't forget the question and negative forms!

7 Now it's time to go back to your picture of Jane. Ask the students if they remember Jane and why she is driving her expensive car. Then ask them once again to tell you about her life before and after winning the lottery, this time using "used to". ("She used to live in a small flat, but now she has a mansion"; "She used to work, but now she doesn't"). Be sure to give students plenty of practice with the question and negative forms as well. You could have one student ask another a question about Jane's old life, and ask some questions yourself that require a negative response.

8 For further controlled communicative practice of "used to", you could devise a questionnaire about students' childhood for students to use in pairs. This could contain some prompts, such as "go to school"; "live". One student in each pair must then form a question ("Where did you use to live?") and the other must answer ("I used to live in Paris").

And there you have it, an easy way to introduce "used to" to your ESL students.


Keith Taylor is the founder of eslbase.com, with current TEFL jobs and a directory of TEFL courses worldwide, as well as resources, information and advice for TEFL teachers. He also maintains the eslbase language exchange, an easy way to practise English or any language online.

(Remember that Amazon will often have used copies of the books you want which are much cheaper than the advertised price. It's always worth checking.)