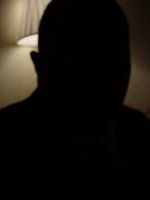 Quite a lot of my past students have been VIPs - people whose names cropped up quite often in the press or on TV, even if only in Italy or in specific contexts like the business news. Or in some cases people who were just Very Important within their own organisation - Managing Directors of large companies and so on. In some cases I’ve thoroughly enjoyed teaching them – I’ve met some highly intelligent and very interesting people and it’s been a pleasure to work with them. But often there’s a lot of baggage to cut through before you can start to achieve results. Here’s a not-in-any-particular-order list of some of the challenges I’ve encountered, and a few suggestions.

1. The idea of teaching somebody high-powered can be daunting. This immediately makes the teacher feel insecure and unwilling to take the lead as s/he normally might. The NLP trick of imagining the client on their first day at primary school, or sitting in their underpants, often helps. But in any case it’s a trap to avoid. Tell yourself that in this situation you are the expert, and at this stage you probably have far clearer ideas than the client about what it would and wouldn’t be useful to do. Take the lead from the beginning, particularly if the student has assumptions which you feel would be counterproductive to the success of the course. A typical example of this is where you both sit. VIPs tend to have very large desks, and often expect the teacher to perch on a chair at the other side, too far away for comfortable communication and without a surface to write on. If there’s a meeting table in the room, and there often is, suggest that it would be easier to do the lesson there, sitting around one corner. If this isn’t possible, then suggest that you move your chair around to the side of the desk, where it will be easier to look at handouts together.

2. VIPs are used to being the leader. Very often they are experts in their field and high achievers who are used to being successful. It can be difficult for them to accept the role of the non-expert – the one who has things to learn and is liable to make mistakes on the way, who has to ask for help and explanation, or who might benefit from following another person’s suggestions. They may try to take over the course – the complete beginner who says s/he “just wants conversation” is a typical example. Or they may act defensively, blaming the teacher if they don’t seem to be making immediate progress. Because of this, it’s essential that the teacher conveys a professional image and starts to win respect from the beginning. Image is conveyed by a variety of factors, for example dress and body language. But a vital element is the teacher’s apparent knowledge of the subject. If the student sees you to be hesitant in explaining a grammar point or in thinking of a word in English which expresses the (often-highly technical) concept s/he is trying to get over, s/he may well seize on this as being the “explanation” for his/her learning difficulties and insecurities: “It’s not my fault, the teacher’s no good.”

Obviously, few of us are able to think on their feet all the time and you can’t always come up immediately with all the answers. Don’t fudge. Just say confidently, “I’m not sure, but I’ll find out for next time” – and then make a note of it and do it. The image conveyed is far more professional and far more likely to gain the student’s confidence. Once that confidence is gained, the student becomes more willing to see the teacher as an equal, more relaxed about their own learning progress, and more willing to negotiate methods, course content etc.

3. VIPs are used to other people doing things for them – secretaries making their phone calls, drivers waiting to take them where they want to go. It can be a shock to find that learning a language isn’t like that – the teacher can’t “do it for them” – and you often find yourself being pushed into spoon-feeding while the student remains passive. As an example, one of my students would never pick up a pen to write something down unless I specifically suggested it. At the beginning I suspected she was an aural learner but it was soon clear that nothing was sticking. In desperation, I started noting things down for her, but that didn’t work either. So I switched to noting down only the Italian translation, or drawing a quick picture. Then at the end of the lesson I gave her the list and a stack of squares of card – she had to remember the English expression for each item on the list, and make a vocabulary card for it. At the beginning of the next lesson we worked again with the cards from the last few lessons. This didn’t solve the problem, but it at least made her more active as a learner, and made the point that she was the one who had to do the work.

4. VIPs are also VBPs – Very Busy People. Their schedule is chock-a-block with appointments and lessons will often be delayed or cancelled so that they can deal with other things. This will play havoc with the course, as well as possibly with your income. If you teach for a school or other organisation, they will have a policy on payment for cancelled lessons. If you work freelance, you need to develop your own.

If it’s only an occasional problem, then a common solution is that lessons cancelled less than 24 hours in advance are invoiced as if taught, while lessons cancelled with advance warning are not. However, if the problem occurs frequently, you may want to change policy. One of my clients booked a course of two 1.5 hour lessons a week for five months. I saw him twice in that period, lessons nearly always being cancelled in advance and therefore not paid. So I was having to keep three hours a week free without earning anything. When he wanted to renew the contract I said I would do so only if he nominated a “back-up” student – someone who would take over the lesson if he was unable to attend. As a solution it worked well – he got the flexibility he wanted, I got the income I expected, and the company got a service for their money.

That doesn’t solve the problem, however, of the lack of regularity in the course and the effect it has on learning. By the time the clients come for another lesson, they have frequently forgotten everything that was covered previously. Being a VBP the client is unlikely to do anything between lessons either. Which means that not only do you need more consolidation and revision than usual, but also that a lot of the work that would normally done at home has to be done in the lesson. Which means that progress is painfully slow.

I don’t know if anyone else has an answer to this one – I don’t think I have. At higher levels lessons can be planned as “one-offs” and the course seen as maintenance rather than progress, but this doesn’t work with lower levels. The important thing is that the student understands the problem, and understands that the teacher can only do so much in compensating for it.

5. Levels and Materials. Because of the nature of their work and/or lifestyle, it’s unlikely that VIPs have contact with English only in the classroom. In some cases this can create the problem of clients who are apparently stronger than they really are because they are used to coping and “bluffing” their way through conversations. This type of client may well recognise the present perfect but have little idea of the verb to be, and have deeply fossilised errors. I’ve frequently made the mistake of putting this type of client onto materials which are way above his or her real level, and then had to backtrack desperately.

The type of materials you choose can also be a problem. A VIP client will almost inevitably have immediate specific needs which published materials don’t meet. With real high-fliers, published materials can also seem extremely banal. But do you have time/are you being paid what is necessary to design truly specific materials? If you’re working for yourself you can factor it into the price for yourself. But if you’re working for a school, it’s not always something that is taken into consideration when the course is sold.

Photo provided under Creative Commons Licence by crjr2527 via flickr